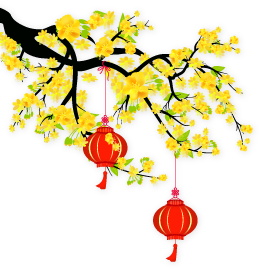 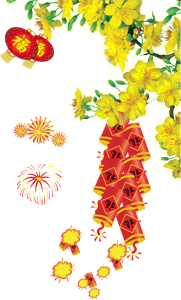 TOP TOURIST ATTRACTIONS IN NGHE AN

Sen village is a very famous tourist attraction in Nghe An. President Ho Chi Minh was born in 1890 into a Confucianist family in Hoang Tru village in Nghe An province. The village’s cultural tradition and parents’ love cultivated the morality and ideology of Ho Chi Minh, a national hero and an outstanding cultural figure. Tran Dinh Ha, an official of the Nghe An Provincial Department of Tourism, said: “The Kim Lien relic site comprises of Sen, also known as Kim Lien village of President Ho Chi Minh’s father and Hoang Tru village of the President’s mother, which are 2 km from each other. The grave of Ho Chi Minh’s mother, Hoang Thi Loan and many other relics associated with his childhood are on the site.”

Hoang Tru village is as simple as other Vietnamese rural areas. Passing through a bamboo gate, visitors enter a small thatched house, where President Ho Chi Minh was born and spent his early years. Inside the house, there a hammock, a weaving loom, a small bed, and many other objects that recall Ho Chi Minh’s modest childhood life. Nguyen Thi Hang is a visitor: “I’m moved to visit President Ho Chi Minh’s childhood house. The village is very peaceful. Many objects depicting his childhood are still retained helping us better understand our beloved leader.”

The house of Nguyen Sinh Sac, President Ho Chi Minh’s father, in Sen village was built by the locals after he succeeded the Junior Doctorate exams in 1901 bringing honor to the village. In the house, two sets of plank-beds, a bed, a wooden box, a cabinet, and a black wooden tray are preserved.

The Kim Lien relic site welcomes millions of visitors a year. Tran Dinh Ha of the Nghe An Tourism Department said: “Over the past few years, Nghe An province has restored a number of relics including the houses of President Ho Chi Minh’s neighbors. Visitors can also enjoy local folk tunes including the Vi Giam singing, a typical genre of Nghe An. We receive 2 million tourists annually.

Hoang Tru village is about 2 km from Kim Lien village, Nam Dan district, Nghe An province approximately 15 km west of Vinh City. There is a cluster of Hoang Tru relics, where President Ho Chi Minh was born. This is also attached to the interesting tale of Uncle Ho’s childhood and moving stories of parents. It is one of most famous tourist attractions in Nghe An.

The relic of Hoang Tru, the small three-room house where the dear President Ho Chi Minh was brought to light; The place has been accompanied by the beautiful yet difficult times of his childhood with his grandparents, parents, brothers, and sisters.

The Hoang Tru relic site was classified as a national cultural and historical monument in 1990.

Truong Bon is a 5km-long pass section in National Road 15A which was a particularly important strategic position in transport hub of North – South during the resistance war against America Empire. Truong Bon historical site is an interesting tourist attraction in Nghe An.

Constructed in 2010 and completed in July 2015 on an area of ​​217,327m², Truong Bon Historical Site includes many items, the highlight of which is tomb area of 13 youth volunteers who sacrificed in the bombardment on 31 October 1968 in Truong Bon. The tomb area is nestled on the pine hill where was the youth volunteers’ shelter. This is a place where American aggressors attacked fiercely and also where 13 young volunteers lay down.

The historical site also has memorial house of heroic martyr; display house with the objects recreating the true and vivid images on the resistance war against America Empire of Truong Bon’s people and army; lake; festival ground; restored 3 bomb craters, bell tower; a large relief reflecting the life, labor process and combat of soldiers and youth volunteers in the past; martyr monument with three 27m-high and over 1m-diameter bluestone blocks in the shapes of incense sticks.

Truong Bon Historical Site has been recognized as National Historical Relic since 1996. This is the place to remember and pay tribute to the sacrifice of heroic martyrs, and also educate the revolutionary tradition for younger generation.

Approximately 25km away from Con Cuong town, Kem Waterfall is considered to be one of the natural wonders of Pu Mat National Park. The waterfall has a height of about 500m and 800m slope leading to water fiercely pouring from the top down forming the beautifully white foam. It is one of amazing tourist attractions in Nghe An.

Because in the mountains, the weather here is very pleasant, especially in the summer, always in a cool state.

Visitants can visit the national park, sitting at the waterfall to enjoy the cool air and fresh environment of nature. Leisurely drink wine, eat rice or watch the dance of Thai people release your stress so much.

Cua Lo Beach is voted in the top 10 most beautiful beaches in Vietnam by the prestigious travel magazine in and outside the country. This is why it is a very famous tourist attraction in Nghe An.

This beach is in Cua Lo town, Nghe An province 18 km north of Vinh city, 300 km far from Hanoi and 1400 km from Ho Chi Minh City. Cua Lo is also connected to Laos and Northern Thailand by Highway 8 and is 468 km from Vientiane, the capital of Laos.

Cua Lo beach with famous Cua Lo beach is located on the East coast and embraced between two estuaries: Cua Lo to the north and Cua Hoi to the south.

Compared with Sam Son Thanh Hoa, Cua Lo of Nghe An is also a popular and seek-after destination. With the long sandy beach, people optimize this forte to boost tourism. Many restaurants, hotels, motels are emerging, the streets are completely transformed into tourist areas, canoe chartering service.

In the summer, this place becomes a major tourist attraction of Nghe An especially from the northern provinces such as Hanoi, Ninh Binh, etc. This is also the place to hold many outstanding events like bikini shows, kite flying festival … increase the attractiveness for this beach.

It belongs to Nghi Loc district of Nghe An. The name Bai Lu derives from the name of Lu Son Mountain standing thousands of years on the beach.

To Bai Lu, visitors will be overwhelmed by the perfect combination of the clear turquoise water of the sea is bolden by the natural stones, and the greenish side of the forest reaching out to the sea. What more special is that Bai Lu is literally pristine with the intact nature. So clear water that we can see each small pebbles. Better yet, long sandy beaches like the ribbons winding along forming an image of a young beautiful girl.

Standing on Lu Mountain, visitors can see a massive area.

Tham On cave in Chau Thuan commune, Quy Nhon district, Nghe An province. This subterranean is skillfully designed by the hand of mother nature. The cave is located at a height of 15m and northeast-oriented.

In 1975, it was identified as an archaeological excavating site. The result was three human teeth and several animal toothed fossils, a quartz stone tool made by clay-and-lace technique. The relics are about 200,000 years old today. This indicates that Tham On cave folks are is the first modern known people in Vietnam.